Olabilirsiniz
Anasayfa » News » Who are the Hyksos? (Shepherd Kings, Princes of the Foreign Land)

Who are the Hyksos? (Shepherd Kings, Princes of the Foreign Land)

Hyksos, the 3 words we hear the most about, Shepherd Kings, Foreign kings and invaders. You may have come across at least one of these three terms in historical books.  Well, how many of these metaphors addressed to the Hyksos are true and how many are false.  This civilization, about which we have very little information, actually consists of whom.  Here in this article, we will discuss issues such as their relationship with Prophet Yusuf (as), the kings of the Hyksos, whether they were Turkish and their importance in history.

It is known as heqa khasewet (Foreign Kings) in Egyptian language and as لملوك الرعاة (shepherd kings) in Arabic. Thanks to the findings obtained from some archaeological excavations, we have seen that most of the information we know about the Hyksos is actually wrong. We obtain the most clear information about this civilization through the descriptions made by the natives of Egypt. Even these descriptions are not enough to explain them fully. In short, the clearest information is that they are Asian. 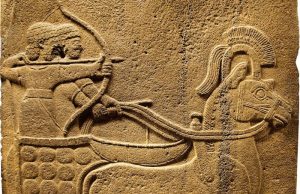 B.C. In the 1700s, Mesopotamia and Egypt were shaken by a great wave of invasion. The phenomenon of religion and political structure on this geography suddenly turned upside down.
XVIII of Ancient Egypt. They took over the administration by making a coup against the pharaohs and made Mengis the administrative center and Avaris a military center.A phrase used for hicksos is “the chiefs of the foreign mountainous country”. Based on this sentence, many historical scientists say that the people that the Egyptian people call Hyksos are actually Canaanites.

Another issue that supports this thesis is that they are nomadic and have a different culture. Khayan, one of the rulers of Hyksos, called himself “Heg Setu”, the ruler of the deserts.
Another term that we hear the most about this civilization, but which is wrong, is the “shepherd king”. Although they did not fully implement their own rules in Egyptian civilization, they dominated and ruled this civilization for nearly 100 years.
In fact, what we can call the most appropriate is that they ascribe foreign judges or Princes of a Foreign Country. Because these terms are the equivalent of their behavior. Many historians consider the Hyksos period as a period of collapse and despise this community. But they have no place to be underestimated. Especially at that time, Egyptian civilization was under the rule of a single person called the Pharaoh (in Ancient Egypt they usually call themselves God).
And unlike many political structures, they have a stronger authority. In other words, they will not suddenly withdraw from the administration and do everything to be said.
Hyksos do not have a specific ethnic origin.So we cannot say they are of Semitic origin. Because there are Egyptian ones among them, but also a different origin. But we can say this; It is a community where people of different origins come together and achieve their common goals.

Egypt, along with Mesopotamia, is one of the oldest cult centers in human history. It has a very important place in the history of humanity in terms of both artistic understanding and religious beliefs. No civilization in the world has been left without the Prophet. In fact, many Prophets were sent for some civilizations. In the Quran, the prophets sent to Egypt are first mentioned by Prophet Yusuf (as). Although there is no explicit dating, we can say that it belongs to the same period as the Hyksos, based on the clues given.

#Ancient Egypt #Hyksos #Kings #Shepherd #Shepherd Kings
Onceki Yazı Types of Damages Seen in Historical Buildings
Sonraki Yazı What is a monarchy? What are the types of monarchy?